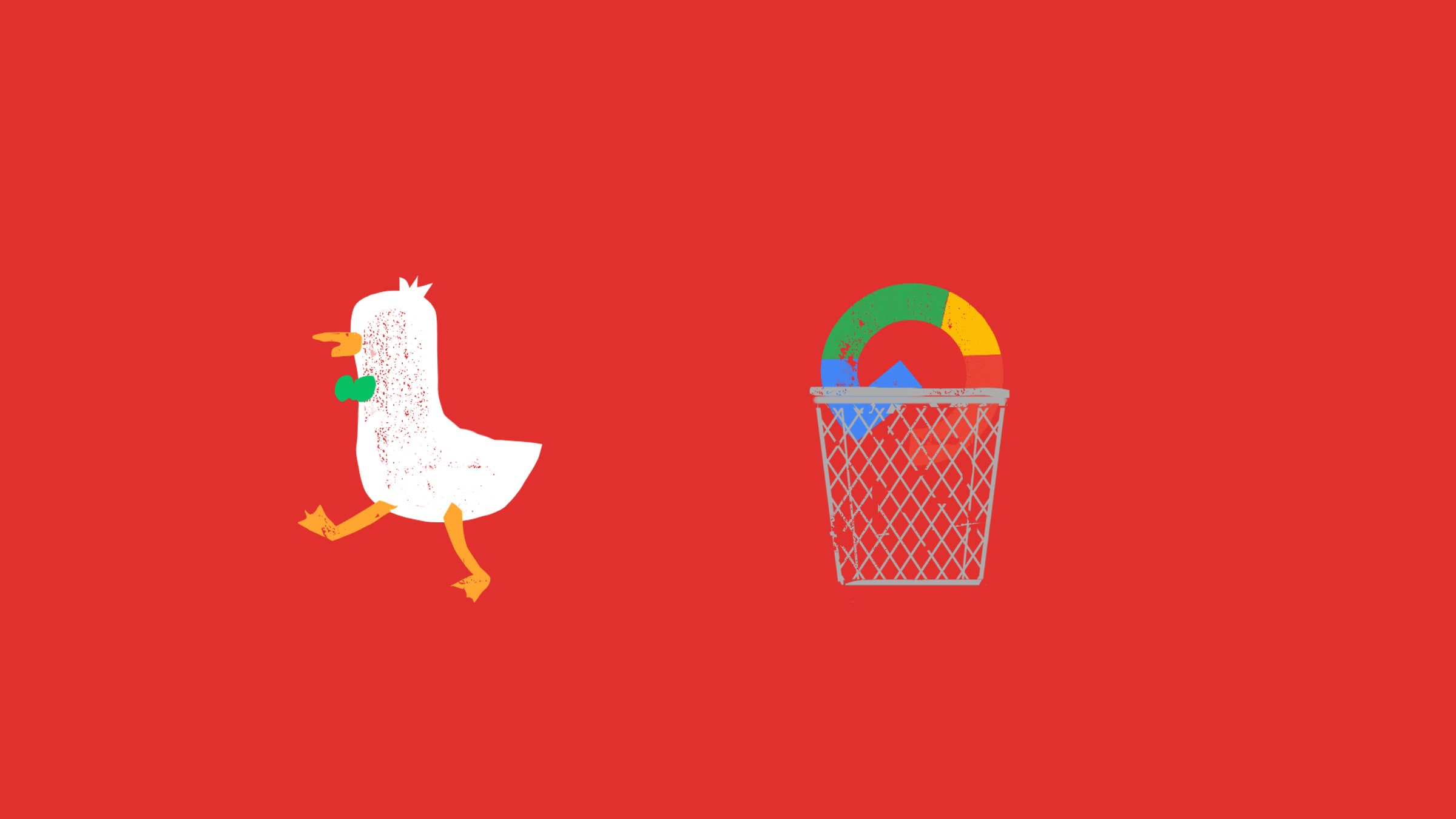 Privacy isn’t just a fad or trend, it’s something that more and more people are becoming aware of and considering in regards to their digital lives.

DuckDuckGo has been leading the privacy-focused space since 2008 with their search engine. What started as a self-funded side project for Gabriel Weinberg, has grown into a team of almost 120 employees.

And yes, their company name (and logo) is a reference to the children’s game “Duck Duck Goose”.

How DuckDuckGo started and stays competitive

At their inception, their thesis was that people wanted a better search engine, one that wasn’t full of unreliable,spammy results. Once their search engine was launched, someone asked, “Do you keep logs of what I am searching for?” After careful consideration, they realized they didn’t need logs, and shut them off for good. From there, a privacy-focused alternative to Google’s search was born.

Initially DuckDuckGo found there was a consumer desire for more privacy online. As this has grown, they’ve seen a growing number of businesses take notice and adapt, to provide greater privacy protections and greater respect for digital privacy. Not to mention there are now a lot of privacy laws, with more coming into effect all the time.

Like our own software, Fathom Analytics, DuckDuckGo is more interested in knowing how people use their website and less interested in knowing everything about the people using it. This is how a business can focus on privacy: knowing what key metrics are worth knowing and what metrics break the trust of people’s desire to be private when browsing the web.

Obviously a company of their size can’t directly compete with a monolith like Google on all fronts, but they can very much compete in a single area: privacy. It’s not in Google’s best interest to not offer targeted ads or disable user logs on their service, since their revenue model depends on it. But DuckDuckGo doesn’t track or log users or their data, and they promote this as a feature because, while they rely on advertising too, their ads are based on search words, not specific users.

This focus on respecting digital privacy has been a win for their business. Each time they doubled down on their privacy efforts, they were able to differentiate themselves from the market (and Google, the biggest player in the market) more, and gain more customers.

On top of DuckDuckGo’s search engine, they also offer a browser extension to grade the privacy of each website and block nefarious scripts and a mobile privacy-focused browser. It’s worth noting that all of their products auto-encrypt any website that uses http instead of the more secure and encrypted https protocol where possible

A focus on simplicity

When DuckDuckGo started, most of their users were techies and people well-versed in using the web. But, they wanted to appeal to more mainstream folks, because digital privacy is just as important to them.

It’s important to note that because they do not collect or log personal data, they are mostly flying blind about their users. This is why instead of tracking (which is typically “on” by default with other services) they use surveys instead. Surveys are more privacy-focused because they opt-in—only people who want to fill them out do so. DuckDuckGo then uses these survey results to better inform the direction of their products.

One survey that ran examined the importance of digital privacy (we’ve run a similar survey a few years ago and our results were similar). What they found was that an overwhelming number of respondents wanted more digital privacy but were unsure how to achieve it. Normal people didn’t fully get how digital privacy worked or could be improved upon.

This is why DuckDuckGo’s tagline and ethos is “Privacy, simplified”. Because they want everyone to be able to achieve digital privacy (even if they aren’t techies).

The focus on simplicity has certainly helped their business. Although they don’t track users (so they have no idea how many people use their search engine), they do know that approximately 2.4 billion searches happen each month on their search engine. And, because the industry average is 30 searches per person, per month, they can ascertain that they have approximately 80 million users. With the extension and app, the number of downloads are counted, and those number at approximately 10 million users.

Privacy as a business model, not a marketing gimmick

Too many companies market that they care about digital privacy, but not many do what’s necessary to make it a reality in their products. This is why DuckDuckGo will never trade features for a reduction in digital privacy, ever. They also have a “privacy team” who vet and look at every new product, new feature and change in their software to make absolutely sure there are no sacrifices in digital privacy for their end users.

Part of having an offering of “privacy protection” is building trust between the company offering it and their consumers. This is why DuckDuckGo is transparent in many areas: from donating a substantial amount of money to open-source privacy-focused projects and more, to using their blog and newsletters to spread knowing about privacy, to being very critical of privacy-abusing big tech companies.
Advertising and digital privacy, how your company can do the same

If you’re a small company and want to take advantage of advertising your product or service, there are ways to do it that don’t involve targeted (privacy-invasive) advertising.


Caring about privacy can also mean justifying buying ads from a competitor, which is why DuckDuckGo has ads on Google. Yes, they are targeted and track personal data, but DuckDuckGo justifies this because there’s a greater good that happens when a person clicks the ad, finds a privacy-focused search engine, and decreases the strangle-hold Google has by one person. Buying ads where people spend their time can make sense. And, it’s kind of funny that DuckDuckGo gives Google money for ads to drive people away from Google.

DuckDuckGo is a necessary option in the search engine space

We see DuckDuckGo as a way to keep Google honest. They offer a healthy competitor, and review everything that Google’s search does and changes, and then speak out when those changes are less than ideal for people who use that search engine.

This is why competition matters, but more importantly, why a privacy-first competitor matters when an industry has one player that has eaten almost all the market share. These big tech companies have got used to no competition or offerings when people want more privacy until lately. A healthy market has consumer options, and even if the privacy-focused competitor is a small percentage of the market (like DuckDuckGO and even Fathom), it’s still an option and still a win for digital citizens everywhere.

Note: This is the first of many stories about companies who have a true mandate to be privacy-focused.

Lessons from building and growing an open source SaaS